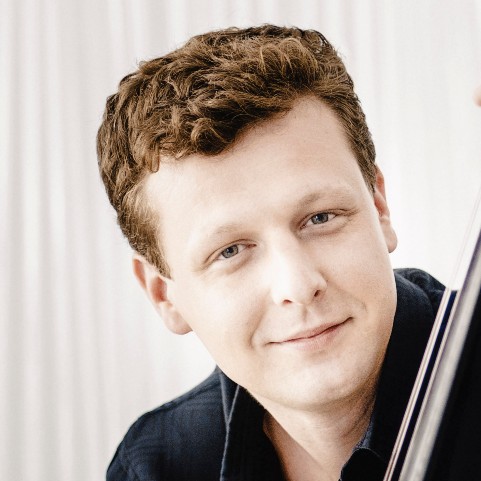 “His virtuosity at the cello defied belief, and left the audience rubbing its eyes and shaking its heads in wonder. Difficulties were not overcome, they were atomized.” (The Spokesman, 2019)

In chamber music and recitals, he has performed in some of the world’s leading venues. He has performed at London’s Wigmore Hall several times, most recently with the legendary pianist Elisabeth Leonskaja and violinist Liza Ferschtman, on their European tour of Schubert Trios, which also visited Vienna’s Musikverein. Together with pianist Víkingur Olafsson, Várdai has formed a duo and will be touring Europe and the US in the coming seasons performing works by Debussy, Beethoven, Brahms and Janáček and pieces from their recent recordings.

Várdai is co-curator of the Kaposfest Chamber Music Festival in Hungary, together with violinist Kristóf Baráti, which has just celebrated its 10th anniversary.

At the beginning of 2020, Várdai was appointed as the Artistic Director of the legendary Franz Liszt Chamber Orchestra. He will be bringing his inspiring and exciting programming ideas, and his vast knowledge about music to life together with the Orchestra musicians as a conductor and cellist.

His most recent recording is of the Complete Bach Cello Suites, released by Brilliant Classics in 2017. His 2014 album of Tchaikovsky’s Rococo Variations served as a fascinating musicological demonstration by including both versions of the work. His discography also includes ‘Singing Cello’ (2015), of famous cello encores, a 2013 Hännsler CD featuring works by Mendelssohn, Martinů, Paganini, Beethoven and Popper, and his debut album in 2009, which presented works by Janáček and Prokofiev, and Elgar’s Cello Concerto.

Born in 1985 in Pécs, Hungary, Várdai began playing cello at the age of eight. At the age of twelve, he was admitted to the class of the “exceptionally gifted” at the Franz Liszt Academy of Music in Budapest. He has won many of the most prestigious cello competitions in the world, including the ARD Competition in Munich (2014) and International Tchaikovsky Competition (2007), and in 2019 he served on the jury of the latter. At the beginning of 2019 he was appointed professor at Vienna University of Music and Performing Arts, succeeding the late Heinrich Schiff in the role, and where he himself studied in 2005. He plays the legendary ‘Ex du Pré-Harrell’ Stradivari, made in 1673.