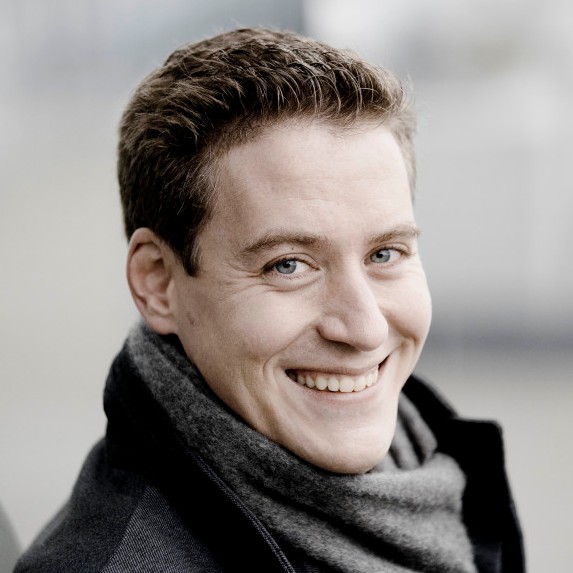 Hungarian violinist Kristóf Baráti is recognised increasingly across the globe as a musician of extraordinary quality with a vast expressive range and impeccable technique. Applauded repeatedly for the poetry and eloquence that he brings to his playing, he has been described as “a true tonal aesthete of the highest order”.

In recent seasons, Baráti has performed at the Hollywood Bowl with the Los Angeles Philharmonic, at London’s Royal Festival Hall with the London Philharmonic Orchestra and in 2019 he was the featured soloist in the opening concert of the the Verbier Festival.  Baráti has played with orchestras such as Zurich Tonhalle, Oslo Philharmonic, Orchestre National de France, ORF Vienna Radio Symphony, BBC Scottish Symphony, BBC Philharmonic and Hague Philharmonic orchestras. He performs regularly with Gergiev and the Mariinsky Orchestra both in Russia and on tour around the world including in the US and China.  Highlights of his 2019/20 season include debuts with the Orchestre Symphonique de Montreal, Hallé Orchestra and at Zarydye Hall with the Moscow State Symphony Orchestra.

A regular recital and chamber music player, Baráti has performed with partners such as Mischa Maisky, Yuri Bashmet, Enrico Pace, Jean-Efflam Bavouzet, Zoltán Kocsis and Kim Kashkashian amongst others. He performs every year at the White Nights Festival and in 2019 made his debut at the Seattle Chamber Music and Aspen Festivals. In 2016 he made a sensational debut at the Verbier Festival when he performed the complete solo Sonatas and Partitas of Bach and has since been back every year. Recital highlights in 19/20 include a tour of North America including performances in New York City and Washington and his debut at Mexico’s International Festival Cervantino.

Baráti has an extensive discography which includes the five Mozart concerti, the complete Beethoven and Brahms sonatas with Klára Würtz, and Ysaÿe solo sonatas for Brilliant Classics, and Bach’s Sonatas and Partitas for Solo violin on the Berlin Classics label. Of his disc of encores “The Soul of Lady Harmsworth” recorded in 2016, Gramophone magazine said “for those who like to hear the violin played at its sweet and acrobatic best, then Baráti is out of the top drawer.”

Having spent much of his childhood in Venezuela, where he played as soloist with many of the country’s leading orchestras, Baráti returned to Budapest to study at the Franz Liszt Academy of Music and was later mentored by Eduard Wulfson, himself a student of Milstein and Menuhin. Still resident in Budapest, Barati performs regularly across Hungary and together with István Vardái, is Artistic Director of the Kaposvár International Chamber Music Festival. Baráti plays the 1703 “Lady Harmsworth” Stradivarius, by kind arrangement with the Stradivarius Society of Chicago.