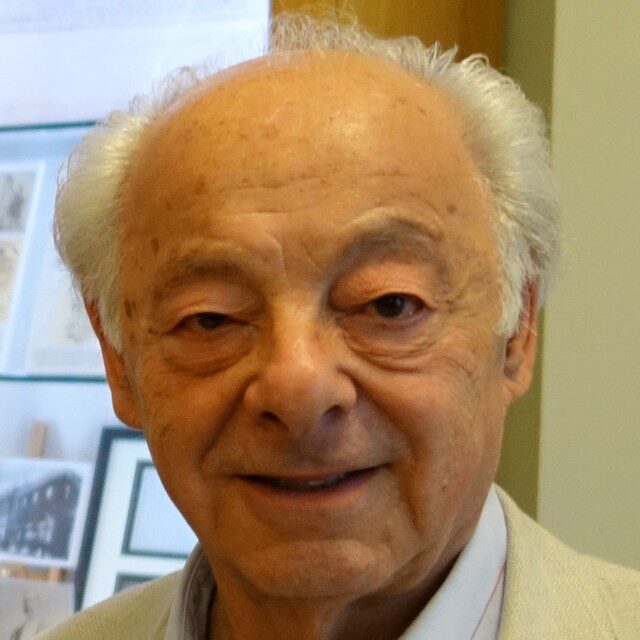 György Pauk was born in Budapest, Hungary, and entered the Franz Liszt Academy of Music at age nine. He began his studies as Imre Waldbauer’s pupil in 1945. From 1947-1949 he studied with János Temesváry, and from 1949 till he graduated at the Academy with Ede Zathureczky, and he studied under Zoltán Kodály. In 1956 he left Hungary for the Netherlands and, after being persuaded by violinist Yehudi Menuhin, he permanently settled in London in 1961.

Since then he has performed as concerto soloist with renowned orchestras and maestros around the world, with Pierre Boulez, Sir Colin Davis, Lorin Maazel, Gennady Rozhdestvensky, Simon Rattle and Sir Georg Solti. He has also recorded, and has premiered works by Witold Lutosławski, Krzysztof Penderecki, Alfred Schnittke, Sir Peter Maxwell Davies, and Sir Michael Tippett conducted by the composers themselves.

As a chamber musician Pauk has a very wide repertoire, which includes all of the Mozart sonatas – which he also recorded – the Schubert sonatas, and Bartók’s works written for the violin. Pauk and pianist Peter Frankl formed a long-term collaboration with cellist Ralph Kirshbaum. Pauk and Frankl have been permanent partners since they were children. They studied chamber music with Leo Weiner. The BBC commissioned Fourteen Little Pictures by James MacMillan to mark the 25th anniversary of their trio in 1997.

Pauk was appointed the Professor of Violin at the Royal Academy of Music in London in 1987. He named the violin department which he heads at the Royal Academy of Music after Ede Zathureczky, because he would like to preserve and carry on the legacy of the legendary master. At Annie Fischer’s encouragement and invitation, in 1973 Pauk appeared once again in Budapest; since then he had been a frequent performer in Hungary both as soloist and as chamber musician. He retired from the concert stage in 2007.

In addition, Pauk gives master classes around the world, at the International Menuhin Music Academy. He regularly visits the US where he is giving master classes in Los Angeles, San Francisco, Oberlin College Ohio and Juilliard School of Music in New York.

He has been playing on his Massart Stradivarius of 1714, from Antonio Stradivari’s Golden Period.